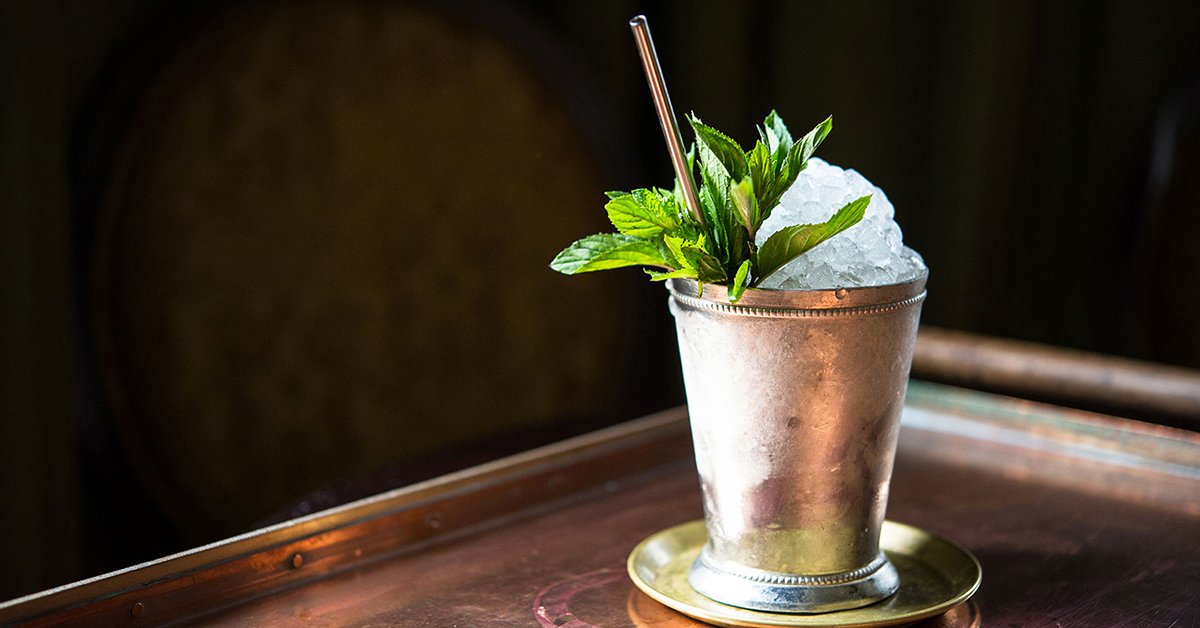 Jim Becker spent the final moments of the second-to-last day of his life on a stool at The Friendly Stop Bar & Grille. He was drunk, and he spoke loud to no one in particular.

Sean, The Friendly Stop’s bartender, had already locked the door, wiped down the tables, and put up the chairs for the night. He looked at Jim and checked his watch. With anyone else, he’d have gone to his You Don’t Have To Go Home, But You Can’t Stay Here routine, but Jim was a regular, and you don’t do that to regulars.

That was rule #1 in Sean’s Universal Bartender’s Guide to Making Money and Staying Employed. Rule #2 was “Don’t sleep with your customers, or you’ll lose all that money you just made.” Having made these rules part of his personal religion, Sean built quite a successful career over the years following it’s commandments.

“How’s about we call it a night?” Sean said. “Maybe pick up where we left off tomorrow?”

“Come on, Jim. I gotta get home at some point. Plus, with these curfews in place for this COVID thing, it’s not a good idea to be out socializing.”

They stared at each other, two nearly middle aged men with hints of grey peeking out at their temples. Neither wanted to budge.

Sean liked Jim. He never caused trouble, always tipped well and, most importantly, had an infectious humor that helped spread his proclivity for fiduciary friendliness to those around him.

Or anyway, he used to be that way until a few months ago when Jim’s wife, Emma, left him after ten years of a mostly-happy-but-sometimes-rocky marriage. Since then, Jim made a habit of telling everyone at The Friendly Stop how very happy he was to be single again. All that free time. No more rules.

“It’s the dream!” Jim would say with a wide smile.

But rule #3 in Sean’s book is “You see the truth in their eyes,” and Jim’s eyes told a different story. Jim’s eyes were anything but happy. In fact, by Sean’s estimation, Jim had spent nearly every night since the divorce right here on this stool, staring into his beer, hoping to forget, bit by bit, the woman who meant the world to him.

“Alright, Jim. One more. I have to go downstairs to get some more beer, anyway.” He tossed a dirty rag into the corner next to some boxes, put the last of the shot glasses into the disinfecting sink. “When I come back, it’s time to go. Got it?”

“Scout’s honor!” Jim made a three fingered Boy Scout salute, and affected a fake, cheesy smile. When Sean turned to leave, Jim’s smile faded. He tore at the edges of the label on his beer and closed his eyes.

Jim Becker met Emma then-Ridenhour fifteen years ago on a random indie music night at The Friendly Stop. This was back when the previous owners still labored under the belief that theirs was an up and coming college spot, not just another random, suburban hole-in-the-wall.

A hippie chick with matted hair and an ancient acoustic guitar was halfway through a song about a girl named Rosie and her supposed True Love when Jim looked across the bar and saw a beautiful brunette dancing by herself: her eyes closed, arms raised to the sky, and a sundress that flowed with her hips like both were choreographed. She danced like she was the only one in the room.

The brunette opened her eyes, looked right at Jim and smiled. Jim walked over and was about to spout a one-liner his college roommate swore never failed (even though it had never worked for Jim) when she cut him off. “I don’t care. Just dance with me. Now.” From that moment on, Jim’s heart belonged only to her.

Jim and Emma Becker danced with Rosie and Her True Love at their reception, on their honeymoon, and many early mornings before work that first year together.  They danced in the kitchen while washing dishes, they danced on the thick carpet of the office room in the back of the apartment where Jim did most of his work, and they danced barefoot with Rosie on the hardwood floors of their first house, always making sure to mind the spot near the window where Emma once got a splinter in her big toe.

They danced with Rosie when the pregnancy test came back positive, when they found out the baby would be a girl, and after they spent far too much money on that first set of baby clothes, as many expecting parents do.

Rosie was with them every step of the way as they made their way into the happily ever after as the story should have gone. But stories don’t always match the fantasies we lay out for them.

When the doctor said there was a malformation in the spine and their daughter likely wouldn’t live long, they went home in shock. The rest of the pregnancy was difficult, but they persevered in hope that their happily ever after could still come true.

A few months later, only a few hours after their daughter was born, Jim and Emma Becker held little body close and cried. The cried for a long time.

They held a small service, for family only, and when they finally made it back home, Jim and Emma returned to a house full of silence, and a hole in their lives neither of them knew how to fill.

For a while, Jim believed things would be okay, that they could weather any storm so long as they had each other. But time passes; life changes, almost imperceptibly; and the music of our youth sounds strange to old ears.

Jim and Emma Becker had gone to a place where they couldn’t seem to hear music that once brought them together. They slowly grew apart as the years passed until, finally, they called it a day and signed the papers to codify what had already been the status of their relationship for quite some time.

Jim hadn’t thought of Rose and Her True Love for several years as he sat, staring into his beer at the Friendly Stop. He laughed, told stories, and spoke of the joy and the freedom he felt, now that his marriage was over. But his eyes told the truth for those willing to look. The Gospel of Sean spoke true, and we all say thank you, good night, and amen.

Jim thumbed the label on his beer in silence.

The Friendly Stop’s door swung open, banged into the opposite wall, and knocked a framed picture of Ted Kluszewski to the floor. In stepped an older gentleman with a bushy grey beard and a slick, white suit. He looked like Colonel Sanders if Colonel Sanders sold pharmaceuticals instead of fried chicken.

“Anyone here know how to make a good mint julep?” the man said. “I’d kill for one, but no one around here seems to know what they are.”

“’Fraid you’re outta luck, friend” Jim said. “All they got here is watered down beer.”

“The search continues,” the man said as he stepped all the way inside. “Mind if I join you?”

“I think they’re about to close.” Jim glanced at the previously locked door.

“Closing time is my favorite time,” the man in white said. “It’s when you get all the best deals. Nothing warms my heart like discount liquor. That, and a good Mint Julep.”

“Don’t expect any freebies here,” Jim said, returning to his beer. “Sean has a sixth sense about the value of things. ESPECIALLY booze.”

Jim set his beer down, and looked at the man in the white suit. The stranger looked right back, not moving an inch. His eyes focused intently on Jim. Jim leaned back as the man white stepped closer. The stranger never stopped smiling.

“Where are my manners?” The man stood up straight, and stuck out his left hand. “Pleased to meet you, Jim. Hope you guess my name.”

“Lucifer. The name’s Lucifer. Sometimes I go by Beelzebub or ‘Old Scratch.’ But you might know me as Satan.” He paused. “The Devil?”

Jim was stone-faced. Then, he laughed out, loud and hard. Jim knew a good joke when he heard one. He couldn’t quite see the punchline yet, but he was sure it was out there in the ether somewhere, waiting for him. “Pleased to meet you, too” he said. “What can I do you for?”

“I’ve got a business proposition.”

“A business proposition, you say?” Jim put down his drink and gave the man his full, undivided, sarcastic, and inebriated attention. “Well you’re in luck. It just so happens I specialize in late night business propositions, especially those made during an international pandemic. Shoot.”

“I need you to kill someone. Three someones, actually.”

Jim stroked his chin and laughed again. “Go on.”

“I need it all to happen in the same day, tomorrow, and I need you to be the one to do it.”

“Sounds reasonable to me. Do you want me to shoot them or should I sneak up from behind and attack? Like a ninja!”

“Whatever works best for you,” The man in white said. “As long as they’re dead.”

“And what did these people do to deserve your wrath? Are they business associates of yours?”

The man in white laughed out loud. “Nice! Good one!”

He sat on the stool closest to Jim. “You’re a funny guy, Jim. I’ve been watching you for a while, and you never fail to catch me off guard.”

“Glad I can be of service,” Jim said as he downed the rest of his beer. He had forgotten to look for the punchline. The man in white still smiled.

“Do we have a deal?” the man in white asked.

“What about compensation for facilitating these poor folks’ untimely demise? You don’t expect me to kill them for free, do you? I have my standards.”

“That’s the best part! You, good sir, will get none other than your heart’s deepest desire!”

Jim affected a serious tone. “I don’t know. I was hoping for a Mustang.  I’ve always wanted a Mustang. And maybe some donuts. I like donuts, too.”

“If that’s your heart’s deepest desire, sure.”

“How can you make that happen?”

The steps to the basement started creaking. Sean would be back soon.

Jim stared at the tattered label on his beer. “Heart’s desire, huh?”

“You’ll have to get to the end to find out.” the man said, still smiling. “So do we have a deal?”

“Absolutely.” The door to the basement opened. Sean was back, carrying several cases of cheap beer. “Why don’t we drink to seal the deal?”

Jim turned, and was about to yell out for more drinks, when the man in white spoke again.

“This will be good for you, Jim,” he said “Emma would be proud.”

Jim turned, ready for a fight, but no one was there.

Check out Part 2: A Pool of Blood